For many years, the Lord has been preparing and equipping Doug and Betty McRoberts to lead this missions work. Since 1990, Doug and Betty have led numerous mission teams, both nationally and internationally, while working alongside various missionaries.

Since 2007, Doug and Betty’s missions work has been focused on Granada, Nicaragua as they lead mission teams from Calvary Chapel Central Bucks, PA and worked along side Marybeth and Dave Swan who were missionaries at that time in Granada. In the fall of 2009, the Lord placed a burden on their hearts to increase assistance to the people in this broken country. They began to work closely with two churches in Granada; Torre Fuerte pastored by Ezequias Flores and El Puente pastored by Charles Kaye.

In January 2010, a team of committed Christians came alongside the McRoberts and together, responding what they believe to be the Holy Spirit’s call, they launched Fields of Abundance Mission, a non-denominational Christian Evangelical 501c3 non-profit organization.

Matthew 28:19 tells us to “go and make disciples of all nations, baptizing them in the name of the Father and of the Son and of the Holy Spirit, and teaching them to obey everything I have commanded you.”

We believe that we are to do this by living out our Lord’s command from John 13:34:

It is our desire to show this love to those in need so that others will come to know the Love of Christ. 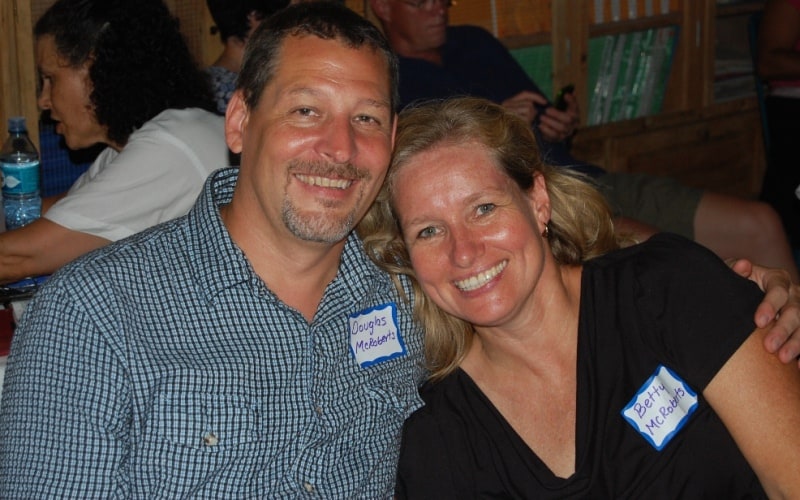